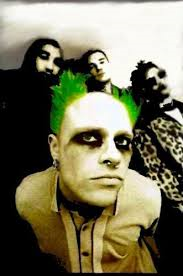 Hey there! Hi there! How there!

My newest playlist is a mix of styles, tempos and genres that I hope will get you motivated either on the road or the treadmill. Let me know what you think of it!

The 32 year-old Dutch singer just announced her first pregnancy and will go on tour later in 2014. Congrats Caro!

This band is a side project for the members of Green Day. Not sure why they didn’t include this on American Idiot but I love this song.

After a few years of weird stories including a pigeon poop incident the popular band is band with this fast tune.

This song was popular the year I moved to New York and always reminds me of walking around my new neighborhood in wonder.

I cannot ignore the charisma of Adam Levine any longer…

When I am in the mood for sprints the Foos always get my heart pumping.

If I were to totally change my look it would be to resemble Stevie Nicks just as she appears in this video. Right down to the perm-y hair and baton! (Special shout out to Solid Gold fans as well!)

I saw The Prodigy live and they freakin’ ruled!

“Beep, beep. Who’s got the keys to the jeep? Vroooom.”

I am in love with this song. Love, love, love.

And then we cool down….

That’s all I have today folks. Let me know about some of your favorite songs. I am always looking for good tunes.