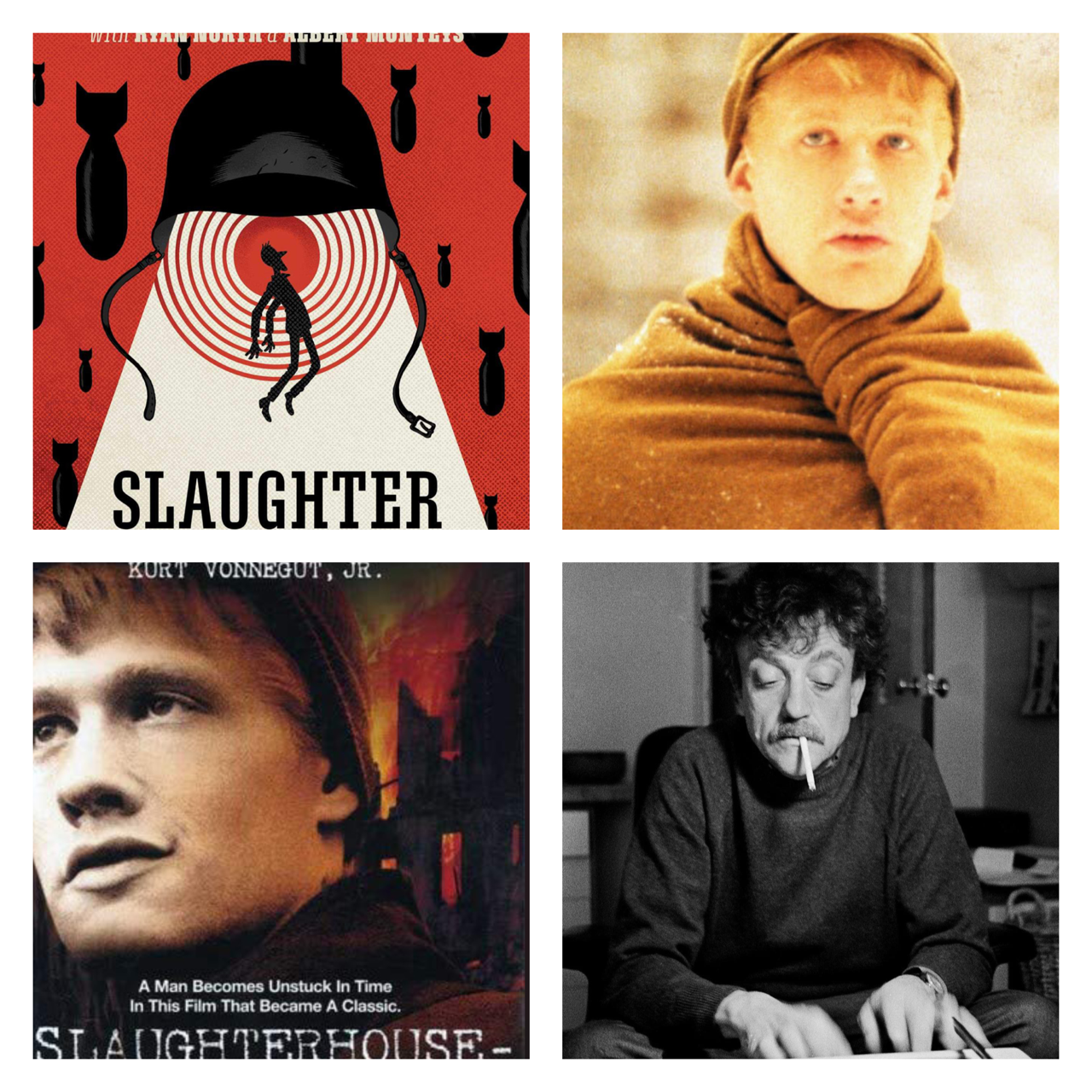 The 1969 Kurt Vonnegut Masterpiece Vs. the 1972 Filmed Adaptation

The Margos continue “Banned Book Month” with one of the most controversial works by celebrated author Kurt Vonnegut, 1969’s antiwar novel Slaughterhouse-Five: or The Children’s Crusade: A Dirty Dance with Death. Vonnegut’s fictional account of his real-life experience as a prisoner of war and the WW2 Dresden bombing was published at the height of the Viet Nam conflict and appreciated by millions who loved the science-fiction blend of sex, the futility of war, American hypocrisy, and the meaning of life.

The lead character of Billy Pilgrim is “unstuck in time” as he moves from different events in life due to his traumatic war experiences. Captured by the Germans after the Battle of the Bulge, the weak Pilgrim and his cohorts are marched to Dresden during the waning days of WW2, not knowing that the allies were planning to bomb the open city that had approximately 25,000 citizens who were not in the military. By staying in a meat locker underground, he and a few others survive only to have to clean up what is left behind.

When he returns home, he encounters aliens from Tralfamodore who bring him to their planet to study him. This is when he learns he can time jump and find out exactly when he will die. In the end, he finds that life has no meaning, and…so it goes.

George Roy Hill (The Sting, Butch Cassidy and the Sundance Kid) directs the filmed adaptation, which stars Michaels Sacks, Ron Liebman, and Valerie Perrine, which made the author very happy.

So between the book and the film, which did we like better?

In this ep, the Margos discuss: