Book Vs. Movie “The Giver” 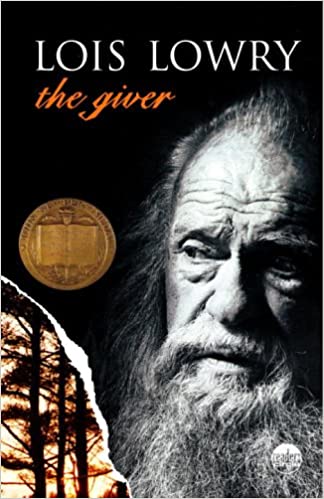 Book Vs. Movie: The Giver

The Margos continue their “Banned Book Month” with The Giver by Lois Lowry, one of the most praised young adult novels of the 1990s that is also one of the most challenged books of the last 30+ years.  Lowry based the story partly on her “army brat” upbringing with its strictness and her desire to honor life’s journey throughout its ups and downs. We can forget that others do not have that privilege by wanting to live in a world without pain.

In the novel, our lead character, Jonas, lives in a Community where “sameness” is desired, and no one wants to stand out. Everyone has a role designed for them, and there is no music or dancing. Desire and wanting are considered “bad,” and at 12, you are given your “adult” career.

Jonas is made a Receiver of Memory by an Elder and is training for the job when he learns that not perfect babies are “released” from the community and taken “Elsewhere.” Jonas learns his father does his job, which enrages him, making him want to leave.

In the end, Jonas and “The Giver” decide to have him sneak away with baby Gabriel and try to find life on his own while saving the Community to learn to live with memories and emotions.

Lois Lowry won the Newberry Award in 1994 and wrote several sequels to the story. (Jonas lives, by the way.) WHY IS IT BANNED IN SO MANY SCHOOLS????

The film stars Jeff Bridges, who wanted direct it with his father, Lloyd Bridges, as the lead. When he died in 1998, the project went into turnaround. It was released by the Weinstein Company (BARF) in 2014.

So between the book and the film, which did we like better?

In this ep, the Margos discuss: